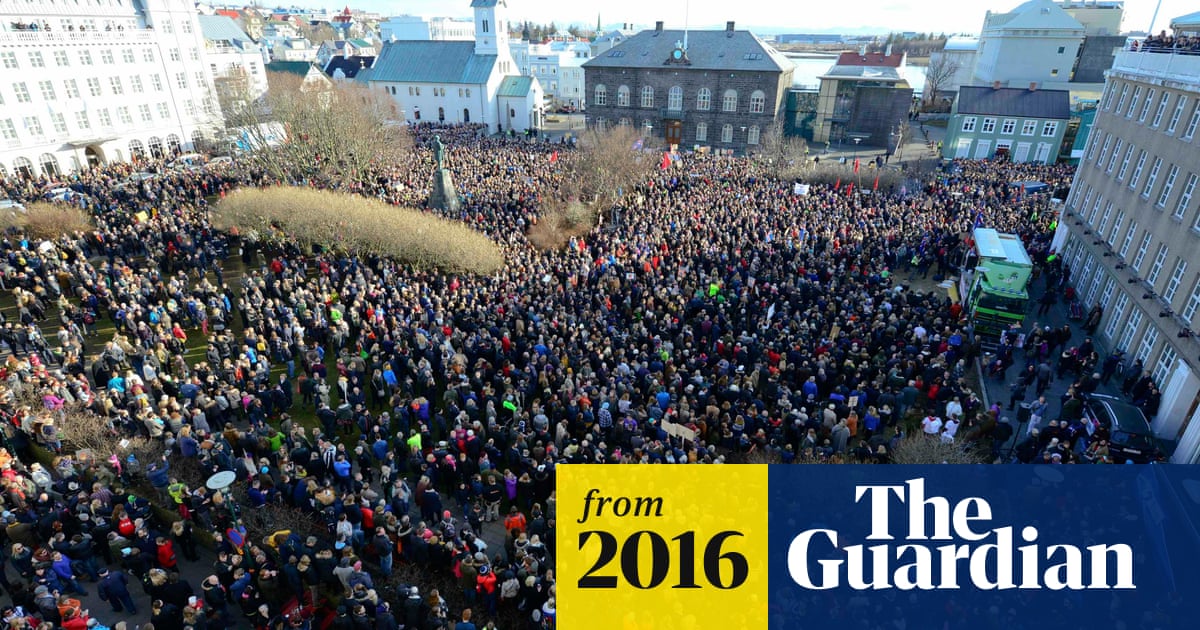 One of Europe’s most radical political parties is expected to gain its first taste of power after Iceland’s ruling coalition and opposition agreed to hold early elections caused by the Panama Papers scandal in October.

Iceland PM steps aside after protests over Panama Papers revelations

The Pirate party, whose platform includes direct democracy, greater government transparency, a new national constitution and asylum for US whistleblower Edward Snowden, will field candidates in every constituency and has been at or near the top of every opinion poll for over a year. As befits a movement dedicated to reinventing democracy through new technology, it also aims to boost the youth vote by persuading the company developing Pokémon Go in Iceland to turn polling stations into Pokéstops. “It’s gradually dawning on us, what’s happening,” Birgitta Jónsdóttir, leader of the Pirates’ parliamentary group, told the Guardian. “It’s strange and very exciting. But we are well prepared now. This is about change driven not by fear but by courage and hope. We are popular, not populist.” The election, likely to be held on 29 October, follows the resignation of Iceland’s former prime minister Sigmundur Davið Gunnlaugsson, who became the first major victim of the Panama Papers in April after the leaked legal documents revealed he had millions of pounds of family money offshore. In the face of some of the largest protests the small North Atlantic island nation had ever seen, the ruling Progressive and Independence parties replaced Gunnlaugsson with the agriculture and fisheries minister, Sigurður Ingi Jóhannsson, and promised elections before the end of the year. Founded four years ago by a group of activists and hackers as part of an international anti-copyright movement, Iceland’s Pirates captured 5% of the vote in 2013 elections, winning three seats in the country’s 63-member parliament, the Althingi. “Then, they were clearly a protest vote against the establishment,” said Eva Heida Önnudóttir, a political scientist at the University of Iceland who compares the party’s appeal to Icelandic voters to that of Spain’s Podemos, or Syriza in Greece. “Three years later, they’ve distinguished themselves more clearly; it’s not just about protest. Even if they don’t have clear policies in many areas, people are genuinely drawn to their principles of transforming democracy and improving transparency.” Propelled by public outrage at what is widely perceived as endemic cronyism in Icelandic politics and the seeming impunity of the country’s wealthy few, support for the party – which hangs a skull-and-crossbones flag in its parliamentary office – has rocketed. A poll of polls for the online news outlet Kjarninn in late June had the Pirates comfortably the country’s largest party on 28.3%, four points clear of their closest rival, the conservative Independence party. That lead has since narrowed slightly but most analysts are confident the Pirates will return between 18 and 20 MPs to the Althingi in October, putting them in a strong position to form Iceland’s next government. Jónsdóttir said the party was willing to form a government with any coalition partner who subscribes to its agenda of “fundamental system change” – something the Independence party has already ruled out. “I look at us and I think, we are equipped to do this,” she said. “Actually, the fact we haven’t done it before and that we won’t have any old-school people telling us how, means we’ll do it more carefully. We will be doing things very differently.” Built on the belief that new technologies can help promote civic engagement and government transparency and accountability, the party believes in an “unlimited right” for citizens to be involved in the political decisions that affect them, with ordinary voters able to propose new legislation and decide on it in national referendums. It also wants no limit on individuals’ rights to express their views and share information, unless doing so violates others’ rights, and proposes to decriminalise drugs, raise taxes on the rich, and pursue internet freedoms and copyright reform. Önnudóttir said she could “very easily see” the party winning 20-25% of the vote. “After that, their success will depend on what they can really deliver, how much they make of their first term,” she said. “With numbers like those, you risk becoming a part of the establishment.”